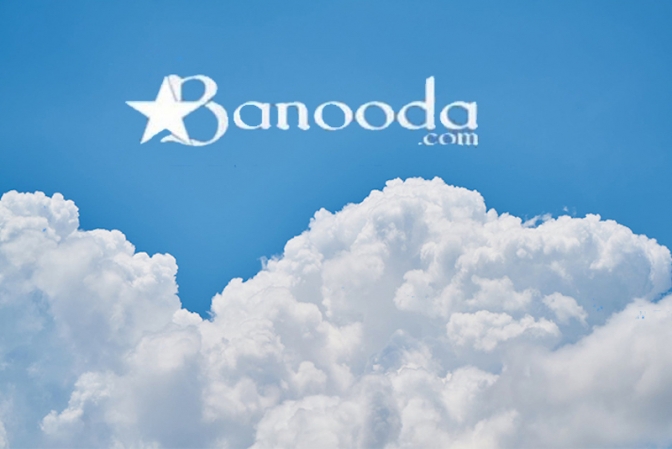 Ebola has claimed 201 lives in the Congo during the past two months. 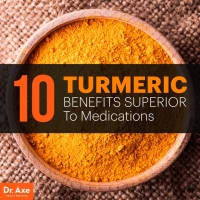 10 Turmeric Benefits: Superior to Medications?Turmeric, the main spice in curry, is arguably the most powerful herb on the planet at fighting and potentially reversing disease. It has so many healing properties that currently there have been 6,235 peer-reviewed articles published proving the benefits of turmeric and one of its renowned healing compounds curcumin.This puts turmeric on top of the list as one of the most frequently mentioned medicinal herbs in all of science and the next most popular studied herbs include garlic, cinnamon, ginseng, ginger and milk thistle.Of the 6000+ studies referencing curcumin, the most interesting finding is that when turmeric is compared to conventional medicine its benefits equal that of many pharmaceutical medications.  In fact, a number of studies have even reported that using curcumin is more advantageous than certain prescription drugs.Health Benefits of TurmericWhen examining the research, turmeric benefits go beyond that of these 10 drugs:* Anti-inflammatory drugs* Anti-depressants (Prozac)* Chemotherapy* Anti-coagulants (Aspirin)* Pain killers* Diabetes drugs (Metformin)* Arthritis medications* Inflammatory bowel disease drugs* Cholesterol drugs (Lipitor)* SteroidsNow let’s jump deeper into the research on turmeric benefits at potentially reversing specific diseases.   Read more....

A patient in dire need of a heart transplant lived for 17 months with an external artificial heart he carried around in a backpack. Getting an organ transplant isn't simple. There simply aren't enough organs available to accommodate everyone who needs one. In the US alone, there are over 121,000 people on the organ transplant waiting list, and an average of 22 people die every day due to lack of available transplant organs.

Two coffees a day could keep the doctor away

ELEANOR HALL: Bacon may no longer be on your breakfast menu.But the latest scientific study into caffeine suggests that you can relax about your morning coffee.Researchers at Melbourne's Monash University have found that two coffees a day may even be beneficial for your health.Monash University gastroenterologist, Dr Alex Hodge, has found that caffeine can help fight liver disease and other conditions.He is in San Francisco presenting his findings to the annual meeting of the American Association for the Study of Liver Diseases. He spoke to our reporter Rachael Brown about his research:ALEX HODGE: We looked at over 1100 with a variety of liver diseases and the most common being the fatty liver disease which affects up to 40 per cent of adult Australians. And we found that there's an association between coffee, so how much coffee you drink, and less degree of liver disease - so liver scarring and possibly liver fat. We are using a non-invasive ultrasound tool, we looked at how much scar tissue was in our patients that come through our clinics. And when we took into account all of those factors you would probably associate with coffee drinking; so alcohol, smoking age, weight, height all those things and we accounted for all those things, coffee comes out on top as being associated with less liver diseaseIt's probably one of the larger studies looking at coffee consumption and people with liver disease; it certainly lends more weight to further research in this field, because coffee is the second most consumed beverage in the world.RACHAEL BROWN: Caffeine just one of a lot of substances in coffee, have you worked out how coffee in particular bolsters the liver?ALEX HODGE: No we don't know what type of brew is the best and which of these constituents are the best at helping the liver, that research just hasn't been done yet. I can't go out and tell you yes you should have a drip coffee versus an espresso, versus a Turkish coffee we just don't know that yet.RACHAEL BROWN: How many coffees would you be recommending to people?ALEX HODGE: Well so the best effect we've seen in people with Hepatitis C had two or more cups a day. So the effect was found at two cups. If you have fatty liver that effect was at four cups so that's pretty much all I can say, two or four. More than that we just don't have the evidence for and certainly you would probably use some common sense and not have excessive amounts.RACHAEL BROWN: Then you're looking at other side effects like high blood pressure and anxiety.ALEX HODGE: Well anxiety yes, anxiety in some people who are sensitive to caffeine. High blood pressure interestingly only transiently, it tends to go away after a few hours and long term studies show that there is no increase blood pressure in people who drink coffee over long periods of time.RACHAEL BROWN: You studied patients with Hep C and Hep B and fatty liver, but some people have liver conditions without even knowing it, would you be recommending more coffee for people regardless?ALEX HODGE: I mean I guess the short answer is yes, because the average person, I think having a few cups of coffee a day - provided they are not pregnant or have other health issues - it's probably not a bad thing. And what you said about people not knowing about liver disease, those would be the people who have their weight around the middle, high blood pressure, high cholesterol and those people are often likely to have fatty livers as well, so that's the disease that they might not know that they have.RACHAEL BROWN: You're presenting your findings in San Francisco at the moment have you been able to find a good cup of coffee? ALEX HODGE: Mmmmmm not really.ELEANOR HALL: (Laughs) That's Monash University gastroenterologist, Dr Alex Hodge speaking with Rachel Brown in San Francisco, and of course he normally resides in Melbourne. Source: abc

The Role of Health Care in State-Building for Somalia

Eating peppers could reduce the risk of Parkinson's

Eating peppers twice a week could reduce the risk of Parkinson's Disease by a THIRD     Eating foods containing an edible form of nicotine reduces Parkinson's risk    These foods include tomatoes, potatoes, peppers and aubergines    People who smoke or who use nicotine patches are also at lower risk    Stimulation of nicotine-sensitive receptor molecules in brain could prevent the nerve damage seen in Parkinson's

Commonly found in a variety of food and drinks, including coffee, tea, soft drinks and chocolate, caffeine is widely considered the world's most popular psychoactive drug. But there is some disagreement regarding whether regular ingestion of caffeine can lead to a true "addiction." Some research classifies the substance as addictive. For example, a 2010 paper in the Journal for Nurse Practitioners states: "Caffeine meets all the requirements for being an addictive substance, including dependence, tolerance, and withdrawal."

Could your lipstick be bad for your health?

Lipsticks and lip glosses purchased in Northern California stores contained lead, chromium and other metals that could raise health concerns, a new study reveals. Researchers at UC Berkeley’s School of Public Health tested 32 products commonly found in drugstores and department stores. In addition to lead and chromium, they detected cadmium, aluminum and five other metals. The study highlights a need to have more oversight from the Food and Drug Administration, especially since the United States has no standards for metal content in cosmetics, said S. Katharine Hammond, the study’s principal investigator and a UC Berkeley professor of environmental health sciences.

Groundbreaking new vaccine will save lives in Somalia

A new vaccine launched in Somalia is one-jab armour against five preventable diseases. MOGADISHU, Somalia, 30 April 2013 – At the Medina Mother and Child Health Centre in Mogadishu, 6-month-old Abdul Wahab sleeps peacefully in his mother’s arms. Unbeknownst to him, Abdul has just become one of the first children in Somalia to have a jab that will protect him against five diseases – and greatly increase his chance of surviving past his fifth birthday. New pentavalent vaccine launched

Sunday, April 7, is World Health Day, and this year’s theme is high blood pressure, also known as hypertension. The World Health Organization has recommended reducing salt or sodium intake to lower the risk of stroke, cardiovascular disease and kidney failure. But researchers say the benefits would be greater if dietary potassium intake was increased at the same time. The WHO says high blood pressure affects one billion people worldwide. It leads to many deaths or permanent disabilities. Hypertension is called the silent killer because there are few obvious symptoms.