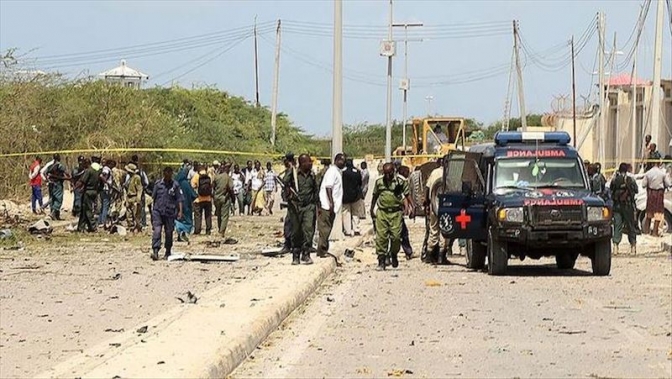 At least two people including the former secretary of the Banadir regional administration were killed with several others wounded in two separate bomb blasts in the Somali capital Mogadishu on Sunday, officials said.

The first attack involved a roadside bomb targeting security forces in Mogadishu’s Hadan neighborhood, killing one person and wounding several others, according to local media.

Mohamed Bulle, a police officer in Mogadishu told Anadolu Agency over the phone that the second attack took place near a security checkpoint near in the capital, killing a former secretary of the Banadir regional administration.

"Amiin Sheikh Elmi, a former secretary of Banadir regional administration was killed in the second attack carried out with a a bomb attached under his vehicle that went off at a security checkpoint in Mogadishu on Sunday," Bulle said.

He added that at least four people including civilians had been wounded in both the first and second attacks and were rushed to hospitals for treatment.