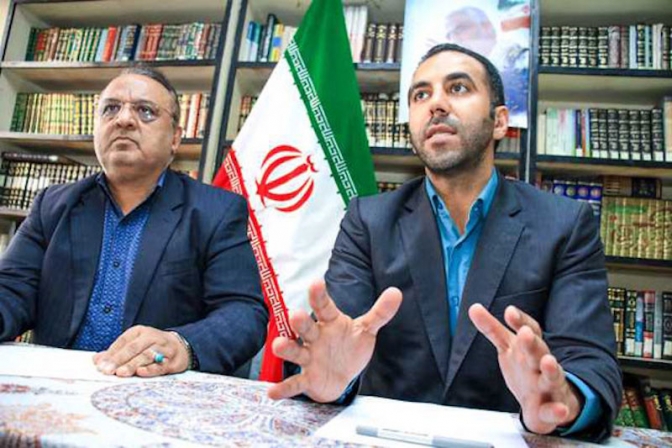 Kenya is staying out of the US-Iranian tiff in what senior officials see as a way of keeping trouble at bay.

Tension between the US and Iran escalated on Tuesday night after Tehran fired rockets on US military bases in Iraq.

The situation had seen some commentators claim it could spread to allies of the two countries.

Last evening, some Kenya officials told the Nation that the government’s concern is to ensure the safety of Kenyans.

“Our concern is safety of Kenyans (in Iran). They are safe,” a reliable source familiar with Kenyan policy told the Nation.

“Why should anyone want to get into it?” the source added.

The officials said Kenya will stay out of the Middle East situation for now, suggesting that there has been no direct consequence on Nairobi which enjoys diplomatic relations with both Washington and Tehran.

The officials spoke as Iranian diplomats in Nairobi dispelled fears their tension with the US could end up breaking relations with other countries, even though they warned that Iran will target all American military bases that have targeted Tehran’s interests.

The Iranians sought to clarify what they called targeted revenge against the US military, saying Iran was fighting back to “end the war”, not start one with other countries.

Dr Tohid Afzali, the Iranian Embassy Head of the Political Department, argued that Tehran has beef with the US military and will target them.

And while he argued that the US military was the only entity they will target, he claimed his country will protect the “long history” of relations with Kenya. “The Iranian retaliation and harsh revenge is its reserved right, according to the UN Charter, Chapter 51.

“We are really hopeful that this recent self-defence against US military which occupies Iraqi territory will lead to an end of the war started by the Trump administration.

“Our target is the US military, not even US civilians. Because if we don’t, they will continue murdering people. The idea that we will retaliate by targeting other countries is mere propaganda,” he said.

The official, however, added that Iran will hunt US military in all bases they have used to attack Iranians, suggesting targets in the Middle East where US forces run various outposts.

On Wednesday, the Iranian diplomats spoke as their country launched a series of missiles against US army bases inside Iraq, supposedly to take revenge on the Jan 03 killing of Iranian Commander of Quds Force, Maj-Gen Qasem Soleimani.

Soleimani was killed in a drone attack as he left an airport in Baghdad after he landed from Tehran.

Described as a terrorist, Washington argued he had masterminded the killing of thousands of US servicemen and had also plotted terror attacks on cities of US allies such as Nairobi and others in the Middle East.

But Iranian officials argued they have never had plans to target civilians in their tiff with the US.

“We do differentiate that, even when dealing with the US; there is a big difference between US military and US civilians. We never try to attack even civilians inside the United Stated. How could we do it against Kenyan civilians or Kenyan interests.”

Iran had been Kenya’s fifth buyer of tea until 2018 when economic sanctions imposed by the US made it difficult for traders there to settle payments.

Kenya had, in 2012 agreed to buy oil from Iran before sanctions killed the deal too.

Kenyan officials remain mum on the escalating tensions between the US and Iran.

The Iranian embassy in Nairobi has been without an ambassador for the last six months after the holder, Dr Haji Farajvand, left the country under a cloud of controversy for trying to free Iranian terror convicts Abolfathi Mohammed and Sayed Mansour Mousa.

The envoy, before leaving, denied the claims arguing instead that he had fought back an extortion attempt.

The two Iranians, nabbed in 2012 with bomb-making material, are serving 15 years in jail.

But Iranian officials argued they have no problems with Nairobi.

“In our history, we have had very nice friendly and diplomatic relations of more than fifty years with Kenya. This kind of situation cannot overshadow Iran-Kenya relations.

“On the contrary, it is important to emphasise US war crimes and violations against international law,” said Dr Afzali.