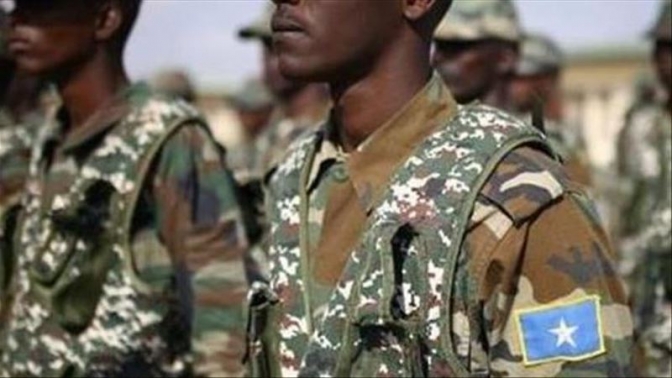 Area liberated after raid on base to ‘clear remnants of the militants from their hideouts,’ says military commander

At least five al-Shabaab terrorists were killed Friday and others wounded after Jubbaland Security Forces raided a base in Lower Juba region located in southern Somalia, according to a government spokesman. al-Qaeda linked.

He noted five Ak-47 rifles were recovered from the al-Qaeda linked terrorists among other weapons.

Adan Abdulkadir, the commander of the first battalion in Jubbaland told the media that the military raid on the makeshift base was to “clear remnants of the militants from their hideouts in the area and ensure the villages are secured.”