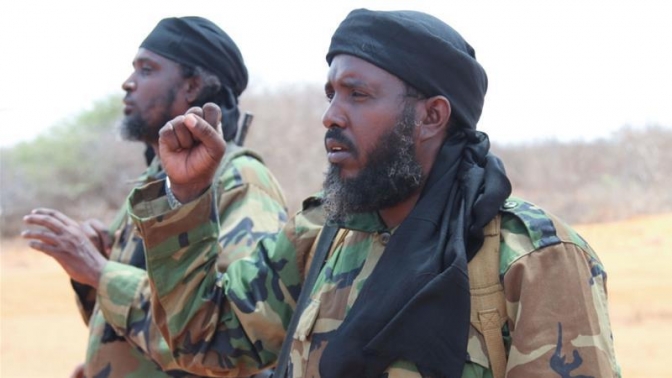 The group has been fighting to topple Somalia's Western-backed central government for more than a decade.

Al-Shabab, the al-Qaeda-linked armed group based in Somalia, said it has set up a coronavirus treatment centre in the country.

"Al-Shabab’s coronavirus prevention and treatment committee has opened a COVID-19 centre," the group said in a broadcast on their radio station Andalus, adding the centre had been set up in Jilib, about 380km (236 miles) south of the capital, Mogadishu.

For more than a decade, the group has been fighting to topple Somalia's Western-backed central government and establish its own government based on its strict interpretation of Islamic law.

It frequently carries out bombings and gun attacks in Somalia on military and civilian targets, including at hotels, intersections and checkpoints.

In the broadcast, a man who identified himself as Sheikh Mohamed Bali thanked al-Shabab for setting up the centre and asked those with symptoms to report to the centre.

Another person in the broadcast, who did not identify himself, said the centre was ready with vehicles to transport suspected coronavirus patients who call in seeking care.

As of Sunday, the East African country has reported 2,579 cases and 87 deaths, according to a tally by the Johns Hopkins University.