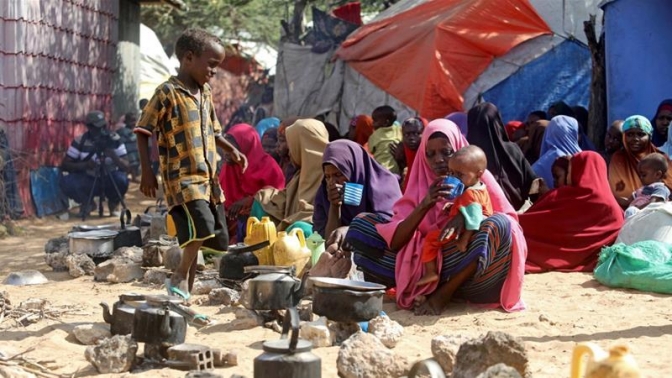 US forces have not adequately investigated the two aerial attacks in February and March, Human Rights Watch says.

The United States military has not adequately investigated two air raids in Somalia earlier this year that have killed at least seven civilians, including a child, according to the Human Rights Watch (HRW).

In a report released on Tuesday, the rights group said the killing of the civilians was in apparent violation of the laws of war. The HRW was referring to incidents on February 2 and March 10 in Jilib and Janaale, where no evidence of a military target involving the al-Shabab armed group was found, according to the report.

Al-Shabab is an al-Qaeda-linked group fighting to overthrow Somalia's internationally recognised government. It once controlled much of the country, but it was forced out of the capital, Mogadishu, in 2011 and has since lost most of its other strongholds. Its fighters, however, regularly stage attacks in Mogadishu and elsewhere.

The air raid in Jilib, a small farming town in southern Somalia that is controlled by al-Shabab, killed a young woman and wounded several others. On March 10, another raid near Janaale, some 95km (59 miles) south of Mogadishu, hit a minibus. Six civilians, including a child, were killed.

According to HRW, relatives of those killed in both incidents publicly denied the US Africa Command's (AFRICOM) designation of their relatives as al-Shabab members and called on the US forces and the Somali government to meet them.

The HRW said neither AFRICOM nor the Somali government is known to have contacted family members to investigate the attacks.

"Reaching out to civilians seeking redress is not only the right thing to do, it will also help make its civilian casualty assessments more accurate," Laetitia Bader, HRW's Horn of Africa director, said.

"AFRICOM seems determined not to uncover whether its air strikes killed civilians or violated the laws of war. The military chain of command should recognise that not only does it have a legal obligation to investigate, but that basic decency toward the families of those harmed means providing financial assistance and an apology, not silence," Bader said.

Between February and May, HRW said it interviewed 14 people by phone, including "relatives of those killed in the February and March attacks - four of whom visited the scene in its immediate aftermath -  and assessed publicly available information about the air strikes".

"We request that they stop killing innocent people," a relative of a boy killed in the minibus attack was quoted as saying by HRW.

"They have to make sure is it a soldier or a civilian, they need to identify exactly [who they target] before they launch the attack. We also request that there be compensation, from Somali government and US government with help of Somali government."

Although AFRICOM recently established an online public reporting portal on which alleged civilian casualties can be reported, HRW noted that this reporting mechanism is "not accessible for many Somalis living in remote areas or where the internet is banned".

In Jilib, the victim's father, Kusow Omar Abukar, told Al Jazeera by phone that his family was huddled over dinner outside their tin-roof house when the strike hit, completely destroying his home.

HRW also noted that the legal frameworks under which the US uses "lethal force" in Somalia, including its standards for assessing civilian harm, are unclear.

The US carried out its first drone attack in Somalia in 2011. But the frequency of these attacks has significantly surged since President Donald Trump came to power in 2017.

Once he assumed office, Trump relaxed some of the rules limiting civilian casualties and designated large swathes of land in the country, including Jilib, as "areas of active hostilities".

HRW urged AFRICOM to take all necessary measures to minimise civilian loss of life, investigate allegations of laws-of-war violations and include, as well as review methodology used in its assessments for distinguishing between combatants and civilians.

The US did not immediately respond to the report.