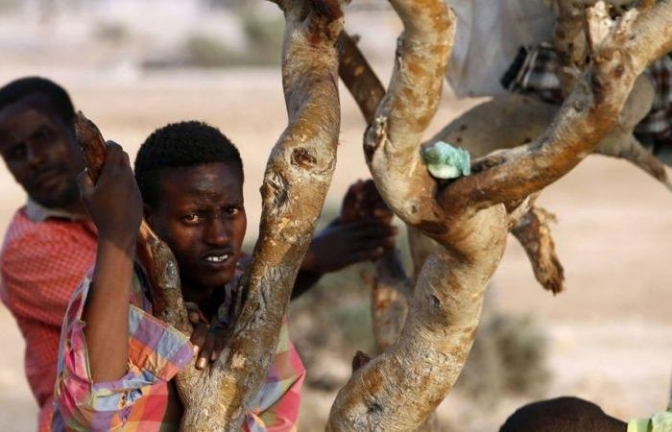 Riyadh – In recent months, the phenomenon of infiltration of African immigrants, especially from Ethiopia, into Saudi territory through the southern borders has grown, amid accusations by the Houthi group of forming mafias to

smuggle people and trying to drown the kingdom with more migrants in a scenario similar to that which Turkey pursued when it sought to blackmail the European Union by opening its borders to crowds. Displaced people from Syria and other countries to gain political and financial gains.

Since 2015, Saudi Arabia has led an Arab coalition to support the legitimate Yemeni government in the face of the Houthi coup, and the war between the coalition and the Iranian-backed armed organization, which extends its control over the capital, Sanaa, and a large part of the Yemeni territories, including those on the borders with the Kingdom, have taken many forms and dimensions.

The Houthis sought to expand the scope of their targeting of Saudi Arabia, in addition to the use of drones and long-range missiles that were developed by Iranian hands to strike strategic locations in the depths of the Kingdom, the organization intended to form networks to smuggle African migrants through rugged valleys and paths that are difficult to monitor into the Kingdom.