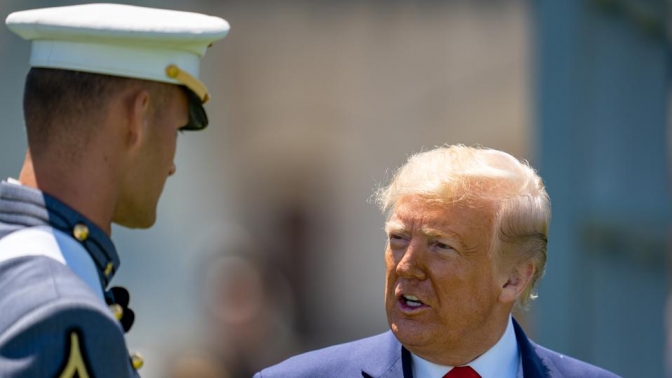 TOPLINE President Trump is urging administration officials to draft a plan to pull hundreds of troops out of Somalia, Bloomberg reports, after he initiated similar moves to withdraw military forces in Germany, Afghanistan, Iraq and Syria this year.

KEY FACTS
The president has had discussions with top advisers about the move, including National Security Adviser Robert O’Brien, Defense Secretary Mark Esper and Joint Chiefs of Staff Chairman Mark Milley, even as the African nation continues to struggle to contain al-Qaeda-connected insurgents.

A U.S. drawback would fracture a recent U.S. commitment to the country, after senior Africa Command and special operations commanders visited Somalia as a show of support last month, Bloomberg reports.

Trump’s desire to pull out of Somalia is driven by an urge to fulfill his 2016 campaign promise—weeks before Election Day—to bring soldiers home.

Last week, Trump announced on Twitter that all U.S. forces in Afghanistan should be “home by Christmas.”

BIG NUMBER
700. That’s how many troops the U.S. currently has in Somalia, according to Bloomberg.

SURPRISING FACT
Almost all of the forces in Somalia were sent during the Trump presidency, part of an effort to combat terrorist groups in the region beginning in mid-2017.