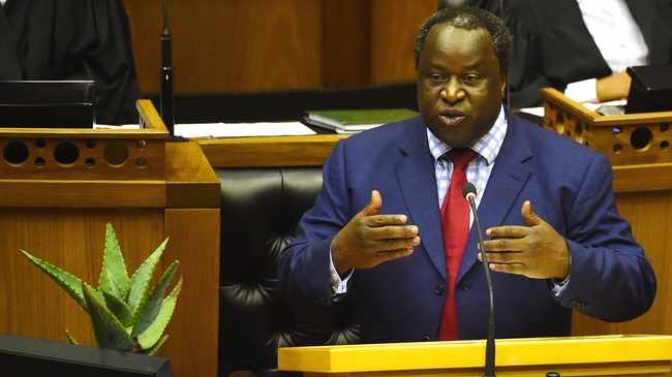 My father hated debt, and the indebtedness of several African countries helps me appreciate why.

In his eyes, creditors owned debtors. His African pride could not stomach that. He was not against debt in itself, but consumption debt. As opposed to productive debt – whose end is to buy or build assets, consumption debt is often about splurging on champagne, fancy cars and face masks.

The many resource-rich African countries on the brink of defaulting on their debts is more worrisome than the threat of a second Covid19 wave.

National Treasury Cabinet Secretary Ukur Yatani of East Africa’s largest economy, Kenya, expects his fiscal deficit to reach 8.9% of the gross domestic product – against the budgeted 7.9% – in an economy projected to grow at 2.6%.

South Africa is among the needlessly overindebted countries, whose overexposure to dollar-denominated debt was aggravated by the pandemic. Finance Minister Tito Mboweni was not counting his lucky stars in warning us to brace for a “consolidated budget deficit of R761.7 billion (R194.5 bn), or 15.7% of GDP in 2020/21” versus the projected 6.8%.

Zambia, owing just under $12bn, also faces the wrath of its creditors. Fresh from opening the upgraded Kenneth Kaunda International Airport, Zambia was once reported to be staring at the hostile prospects of losing its state-of-the-art airport because it was unable to pay China. Lusaka denied the allegations last year, but since the Covid-19 crisis Zambia has been trying in vain to reach a settlement with creditors.

In desperation, Kenya announced last week it would need to raise funding locally, because even China’s treasure trove was not bottomless. Kenya and fellow African states will resort to issuing bonds, among others, against the backdrop of their sub-investment grade rankings. This translates into higher interest repayments.

At least, some of Kenya’s debt went into building the rail infrastructure between Nairobi and Mombasa. The Madaraka Express, a high-speed train service, cut the travel time between the two hubs from 11 to 5 hours, contributing to the reduction of the road death toll. The other debt contributed to the building of the eight-lane NairobiThika Superhighway, a $360 million component of the Great North-Trans African Highway to connect Cape to Cairo.

Even though Kenya has something to show for its massive borrowing, government debt stands at a record 57% of the country’s GDP. Unsustainable. South Africa’s government debt is worse, at 62.2%, according the SA Reserve Bank. This is a record high not seen in recent history, off a lowly 27.8% in 2008.

Our level of indebtedness is where Nigeria’s was in 1999 – at the end of Sani Abacha’s rule.

We all know what Abacha and General Ibrahim Babangida’s administrations had done to the coffers of Nigeria. Luckily, some of Abacha’s loot was repatriated from Switzerland recently.

That is the problem for Africa: borrowings that will cost billions of our future government revenues to repay, leaving our great-grandchildren impoverished, when the loans did not deliver any benefit to the citizens.

The spate of state capture and related arrests would help us if it triggered the recovery of some of the stolen funds and redirected them to where they were intended. Africa, a rich indebted continent!

* Victor Kgomoeswana is author of Africa is Open for Business, media commentator and public speaker on African business affairs.
** The views expressed here are not necessarily those of Independent Media.