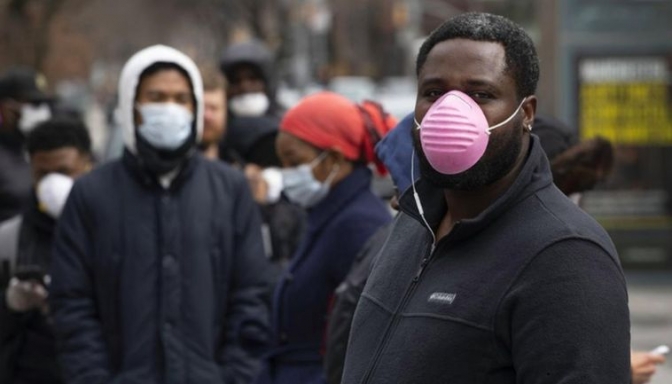 As residents of a makeshift camp for people displaced by conflict or drought, they had no access to coronavirus testing or proper care.

As richer countries race to distribute COVID-19 vaccines, Somalia remains the rare place where much of the population hasn't taken the coronavirus seriously.Some fear that’s proven to be deadlier than anyone knows.It is places like Somalia, the Horn of Africa nation torn apart by three decades of conflict, that will be last to see COVID-19 vaccines in any significant quantity.

With part of the country still held by the al-Qaida-linked al-Shabab extremist group, the risk of the virus becoming endemic in some hard-to-reach areas is strong — a fear for parts of Africa amid the slow arrival of vaccines.Fewer than 27,000 tests for the virus have been conducted in Somalia, a country of more than 15 million people, one of the lowest rates in the world.Fewer than 4,800 cases have been confirmed, including at least 130 deaths.
Some worry the virus will sink into the population as yet another poorly diagnosed but deadly fever.For 45-year-old street beggar Hassan Mohamed Yusuf, that fear has turned into near-certainty.“In the beginning we saw this virus as just another form of the flu”, he said. Then three of his young children died after having a cough and high fever.

As residents of a makeshift camp for people displaced by conflict or drought, they had no access to coronavirus testing or proper care.At the same time, Yusuf said, the virus hurt his efforts to find money to treat his family as “we can’t get close enough” to people to beg.Early in the pandemic, Somalia’s government did attempt some measures to limit the spread of the virus, closing all schools and shutting down all domestic and international flights.
Mobile phones rang with messages about the virus.But social distancing has long disappeared in the country’s streets, markets or restaurants. On Thursday, some 30,000 people crammed into a stadium in Mogadishu for a regional football match with no face masks or other anti-virus measures in sight. Mosques in the Muslim nation never faced restrictions, for fear of the reactions.

A more important protective factor is the relative youth of Somalia's people, said Dr. Abdurahman Abdullahi Abdi Bilaal, who works in a clinic in the capital. More than 80% of the country’s population is under age 30.“The virus is here, absolutely, but the resilience of people is owing to age”, he said.It’s the lack of post-mortem investigations in the country that are allowing the true extent of the virus to go undetected, he said. The next challenge in Somalia is not simply obtaining COVID-19 vaccines but also persuading the population to accept them.That will take time, a concerned Bilaal said.