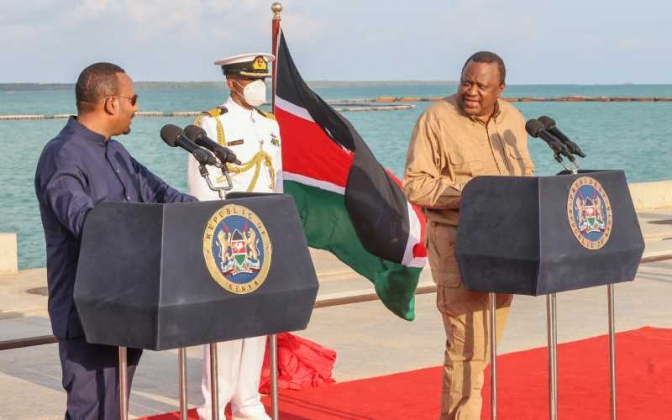 Signs of unpleasant geopolitical rumblings in the Igad cluster are visible within and outside each of the countries. Eritrea, on the Red Sea, punches above its geographical and demographical size and often appears like the friction instigator in the Horn of Africa.

Its differences with Kenya are over the Al Shabaab terror group that operates in Somalia as if they own it. Other Horn of Africa countries have rumblings that disturb the neighbourhood. Kenya, the most stable, faces 18 months of intense political friction as power aspirants Raila Odinga and William Ruto fight to succeed Uhuru Kenyatta in August 2022. The hope is that their power struggle would not deteriorate into repeat violence.

That would worry Uganda where there is a generational uprising. A ‘son’, 38-year-old Bobi Wine, has failed to oust the ‘father’, Yoweri Kaguta Museveni, 76. While ‘Baba’ Museveni clutches to his saviour image to remain in power, the generation of ‘Baby Wine’ wants little to do with Museveni’s ‘salvation.’ In South Sudan, the liberation generation remains fractured with little to show for that liberation. On their part, the Sudanese ditched Omar Bashir and have been trying to find bearings as they worry about Ethiopia’s growing instability.

Rumblings in Ethiopia disturb in part because of three factors; its geographical and demographic size as well as mythical longevity as a geopolitical entity. Its attempts to lead the region often fall short due to its internal contradictions of claiming homogeneity in the midst of identity fractions.