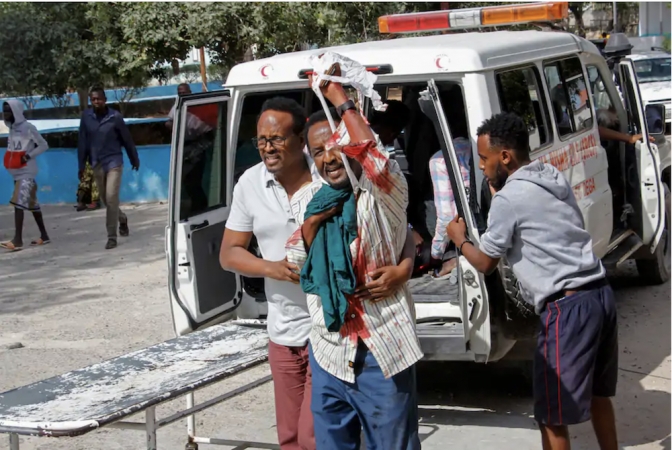 MOGADISHU, Somalia — Police say a suicide bomber died and seven civilians were wounded when a vehicle exploded near a checkpoint outside the presidential palace in Somalia’s capital, Mogadishu.

Police spokesman Sadiq Ali Adan says the driver defied orders to stop on Saturday morning, and police opened fire as passersby ran for their lives. He says more than a dozen vehicles were destroyed in the blast.

This latest bombing occurred as Somali politicians argue over how to hold a national election. The vote had been scheduled for Feb. 8, and some argue that President Mohamed Abdullahi Mohamed has overstayed his mandate. He seeks a second four-year term. More talks on the election crisis are set for Monday.

The al-Qaida-linked al-Shabab extremist group based in Somalia often targets high-profile areas of Mogadishu. It has threatened to attack the polls.

Copyright 2021 The Associated Press. All rights reserved. This material may not be published, broadcast, rewritten or redistributed without permission.