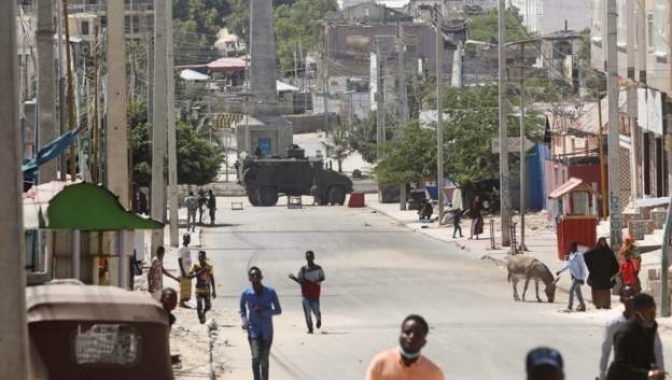 The leaders of Somalia's semi-autonomous states of Jubbaland and Puntland have reportedly been convinced to take part in talks aimed at ending the electoral deadlock in the country.

The two regional heads met their Galmudug, South West and Hirshabelle counterparts and "reached an understanding" that talks with the central government should resume in Mogadishu, according to Radio Kulmiye.

Puntland and Jubbaland previously refused to participate in a meeting with President Mohamed Abdullahi Farmajo, arguing he must not chair the talks as his term ended on 8 February.

Meanwhile, the envoys of the US, the UK, the EU and the UN in Mogadishu have reportedly told Speaker Mohamed Mursal in a phone call that an extension of the president's and parliament's terms was "unacceptable".