Somalia photography: 'I want it to be normal for women to take photos' Published25 March Featured 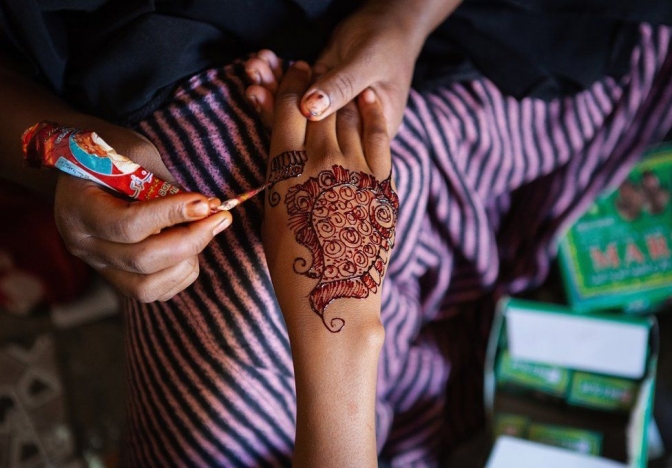 On a big white wall in a hotel compound hangs a series of calm, intimate portraits by two female Somali photographers.

"It's important that women reclaim the public space," one of the artists, Fardowsa Hussein, says.

She says that when she is filming on the streets, men often shout at her, telling her she should be indoors rather than embarrassing herself in public.

"I want it to become entirely normal for a woman like me to go out and about, filming and taking photos, without fear of harassment or worse”.

The exhibition, called Still Life, is the brainchild of Sagal Ali, the director of the Somali Arts Foundation (Saf), which she launched in September 2020.

She says that photography in Somalia is considered a man's trade "especially when it comes to street photography. Women are not expected to be outside documenting day-to-day life, in a place where most people are still busy simply surviving".