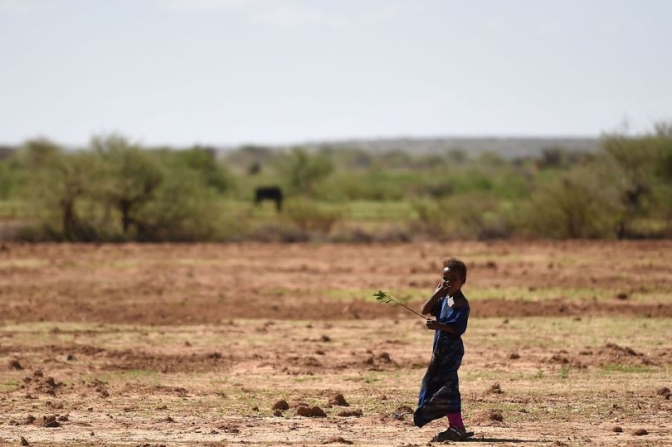 Could the recent elections in Somaliland give hope of international recognition for the breakaway state to thousands of exiled Somalis who live in Wales? Political editor-at-large Martin Shipton reports

A month after the Senedd election, around 8,000 people in Wales have had their eyes on another set of elections held in their historic homeland.

Parliamentary and council elections were held last week in Somaliland - a country in north east Africa that has been self-governing for 30 years, but which remains unrecognised internationally.

There is a strong link between Wales and Somaliland dating back to the 19th century, when Cardiff was one of the world’s biggest coal-exporting ports and Somali sailors joined the crew of British ships.

A British protectorate until 1960, it then joined up with the Italian colony next door to form a unitary state called Somalia.
But Somaliland lived to regret joining the country to its south, especially during the oppressive dictatorship of Siad Barre. When he was deposed following an uprising in 1991 Somaliland re-established itself as a separate country.

Yet so far as the rest of the world is concerned, it’s no more than a region of Somalia - a failed state where the dysfunctional government has less power than the Isamic terrorist group Al-Shabaab and the pirates that infest its coastline.

By contrast, Somaliland has been a stable, functioning democracy since 1991.
Tellingly, when presidents are defeated at the polls they accept the result with good grace and give way to their successor.

When the outcome of the Parliamentary election was announced at the weekend, the previous party of government was defeated.
There were no riots in the streets or angry allegations that the ballot was rigged.

Instead, international observers from the UK, 11 other European countries and the EU issued a joint statement praising the way the election had been run.

They said: “International partners congratulate the people of Somaliland, political parties, the National Electoral Commission and other government institutions on the successful conduct of the 2021 parliamentary and local council elections and on electoral security arrangements.

“Through these elections, the people of Somaliland have demonstrated a strong commitment to the electoral process, to political participation and to strengthening democracy.

“We welcome in particular the historic election of minority groups to the House of Representatives and the large numbers of youth candidates elected.”

There was one disappointing note, however.

The statement added: “We recognise the significant achievements of female candidates during this electoral process, but deeply regret that this has not translated to more women in elected office resulting in decreased women political representation.

“It will be important for all stakeholders to learn from this, and for government, political parties and others to take actions to strengthen women’s political participation well in advance of future elections.

“We look forward to urgent and concrete steps from the new parliament and the government to ensure a fair representation of women in government and administration.”

For Eid Ali Ahmed, however, the election provides further evidence that international recognition is overdue and deserved.
He came to Cardiff as a refugee during the Barre years.

He’s a banker by profession and a former deputy chief executive of theWelsh Refugee Council who now acts as an adviser to the Somaliland Government. He’s in the forefront of the campaign to get his homeland recognised as the functioning democracy it is.

Mr Ahmed said: “Although we have a peaceful democracy, many people have traditionally voted for candidates from the clan to which they belong.
“This time, that pattern has been broken.

“The candidate who got the most votes at this election - Barkhad Jama Batuun - comes from an ethnic minority that has traditionally been discriminated against. He’s a lawyer in his thirties and represents a new generation.

“He said during the campaign that he wanted to represent all Somalilanders, regardless of the clan they come from. That message got him a lot of support from young people.”

Mr Ahmed is hopeful that the election will lead to the international recognition the country has been craving for so long.

He said: “Economically Somaliland is on the right track and has been forging links with other countries regardless of the recognition issue.
“There was recently an historic meeting between the President of Somaliland and the President of Kenya - something that would have been inconceivable a few years ago.

“It’s been made possible because Somaliland has proved that it can function in a civilised way without terrorism.
“There hasn’t been a terrorist incident since 2008, which shows how good our security is.

“Somaliland is also getting a lot of help from Taiwan - another country without international recognition that has nevertheless been very successful.”
It’s certainly the case that foreign countries have been taking an increasing interest in Somaliland.
It is strategically placed on the Red Sea opposite Yemen.

The capital city, Hargeisa, is a thriving metropolis with a population of 1.2 million.
Mr Ahmed said: “Before 1988 Somaliland had no universities - now it has 25 and young graduates are very positive about building up the country.

“An enormous amount has been achieved already, but a lot more could be done if international recognition was granted.”
Despite the lack of recognition, the UK Government has an office in Hargeisa headed by diplomat Stuart Brown that has invested in local aid projects.

In 2016, the UAE signed a 30-year deal worth nearly $500m to develop and manage Berbera port in Somaliland’s second city, which has been described as the Horn of Africa's most valuable real estate.

A road is also being built linking Berbera with Ethiopia, offering the landlocked country an alternative to the congested port in Djibouti.
As Mr Ahmed says: “All roads lead to Hargeisa.”