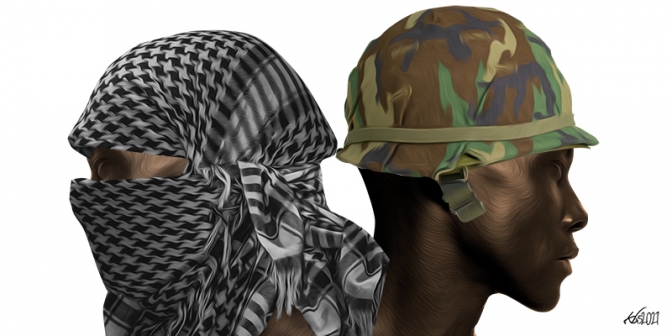 The government security apparatus has failed to contain Al-Shabaab in Garissa, Wajir and Mandera counties, leaving the residents’ lives at the mercy of the militant group.

In early January this year, Mandera Governor Ali Roba raised concerns over the worsening security situation in his county, saying that Kenya’s security personnel have failed to secure the county and abandoned it to Al-Shabaab.

In an opinion piece in the Standard, the governor claimed, “Al-Shabaab manages more than 60 per cent of Mandera with the will of the public suppressed by terror”. In its response, the Ministry of the Interior was quick to downplay the concerns of the governor.

As the 10th anniversary of Kenya’s military intervention in Somalia approaches, it is appropriate to assess the situation and its impact on the three northeastern counties of Garissa, Wajir and Mandera.

There is limited media coverage of Northern Kenya, with mainstream media sending very few correspondents to the region. As a result, many Kenyans are unaware of the insecurity in the region and the impact it has had on the people.

Al Shabaab’s attacks Al-Shabaab launched retaliatory attacks against Kenya immediately after Kenya’s Defence Forces entered Southern Somalia to dislodge the militants; the government linked initial cross-border incidents involving kidnappings of tourists and aid workers to the Somalia-based group. However, what the Kenyan leadership had not carefully considered before crossing into Somalia was what a military intervention inside Somalia would mean for stability in the homeland.