Architect Finds a Sense of Belonging for His Family’s Homeland, and for Himself Featured 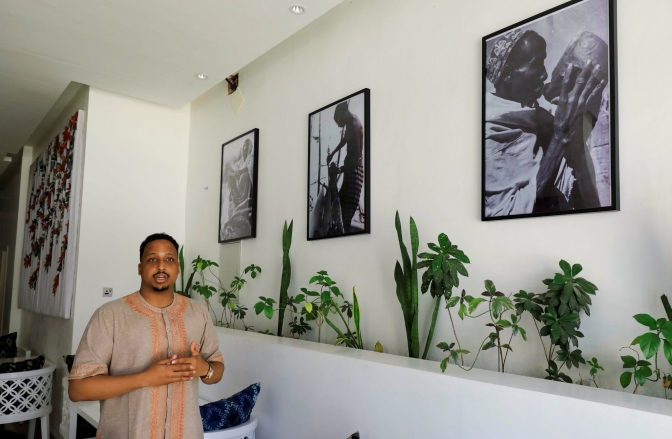 Omar Degan was born in Italy to Somali parents who fled before the African nation’s civil war. He’s now helping rebuild the country by looking to the past to build for the future.

The first time Omar Degan set foot in Mogadishu, in October 2017, he quickly grasped that it bore little resemblance to the picturesque cityscape his parents, Somali refugees who had fled to Europe, described to him growing up.

Instead of an idyllic scene of whitewashed buildings and modernist architecture set against the turquoise waters of the Indian Ocean, he found a new Mogadishu, one that had emerged in a rush to rebuild after Somalia’s civil war. Concrete roadblocks and blastproof walls remained pervasive, and camps for displaced people abutted multicolored condominiums with barely a hint of local styles or heritage.

For Mr. Degan, a 31-year-old architect, that dissonance echoed a loss of cultural identity that he has since worked to restore, and that he hopes others will increasingly embrace in the process of rebuilding the wounded city.

In his four years in Somalia, he has created through architecture a new style and sense of what the country is and can be after decades of civil war and terrorism, mixing traditional themes with more modern ones like sustainability.