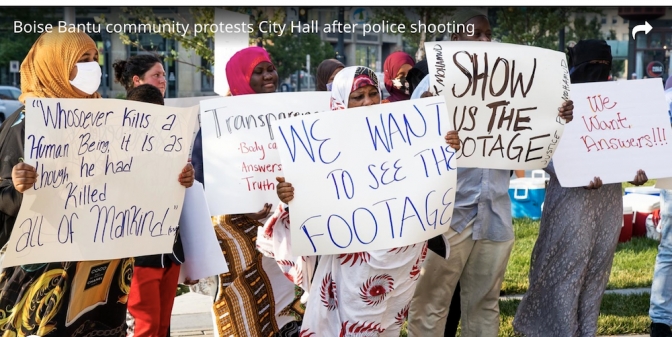 The charges filed this week against a Boise man shot multiple times by police officers in late June include allegations that he sexually abused three different children under the age of 13, according to documents from Ada County prosecutors.

Mohamud Hassan Mkoma, 33, was charged via complaint with multiple felony counts, including three counts of lewd conduct with a child under age 16, one count of aggravated assault, one count of aggravated battery upon certain personnel, and one felony enhancement for use of a deadly weapon. He also faces single misdemeanor charges of violating a protective order, unlawful entry, malicious injury to property, and fleeing or evading a police vehicle.

Members of his family and supporters have rebuffed police statements about Mkoma’s actions, as they say police have released false information surrounding the shooting while avoiding the public release of additional details from the events of June 27.

In charging documents, prosecutors say that Mkoma committed lewd acts and sexually abused children ranging from ages 4 to 13 in January 2020. Prosecutors also allege that on the day Mkoma was shot, he brandished a knife toward a person who is not identified in the documents, and also threatened police officers with the knife, creating “a well-founded fear in Boise Police Officers that such violence was imminent, where the defendant knew or had reason to know of the Boise Police Officers’ official status.”