Somalia: Hunger threatens one in four people in the country Featured 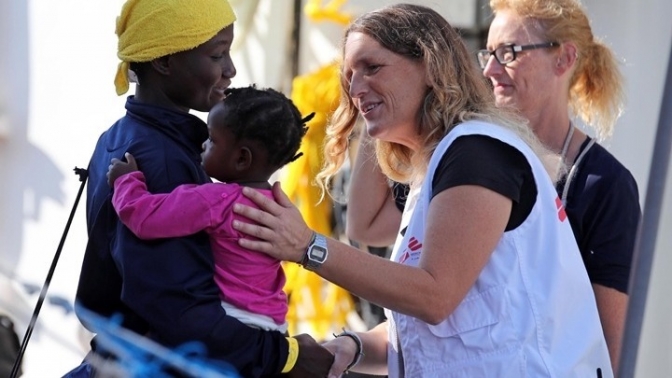 About one in four people in Somalia is at risk of severe famine due to the drought that is hitting the country, after three years with minimal rainfall and a fourth in view, at a time when the country has been raging for decades, the UN warned today.

The agency estimates that the crisis will worsen and 4,6 million people will need food aid by May 2022, as the previous three years of rainfall in Somalia were the worst in 30 years.

Food, water and pasture shortages have already forced 169.000 people to flee their homes, with the number likely to rise to 1,4 million in the next six months, the UN said in a statement.

Natural disasters in recent years, and no the conflicts, was the main cause of displacement in Somalia, a country ranked among the most vulnerable to climate change.

"An unprecedented catastrophe is predicted," explained Adam Abdelmoula, the UN's humanitarian co-ordinator in Somalia, estimating that 300.000 children under the age of five would be exposed to acute malnutrition in the coming months.

"They will die if we do not help them soon," he said, adding that the United Nations had already called for $ 1,5 billion in funding to address the crisis.

About 7,7 million people, almost half the population of Somalia (15,9 million) will need humanitarian assistance and protection in 2022, an increase of 30% within a year, according to the UN.

At least seven out of ten Somalis live below the poverty line and the drought has destroyed already precarious sources of income as livestock have been lost and crops reduced, with high inflation added.

"The risk is so great that, without humanitarian aid, children, women and men will start starving to death in Somalia," said Somali Minister for Humanitarian Affairs and Crisis Management Kadiza Diriye.

The Somali government declared a humanitarian emergency in November.

Lack of water and food raises fears of conflict between communities over resource security.

Experts estimate that the frequency and intensity of extreme weather events are increasing, which they attribute to climate change.