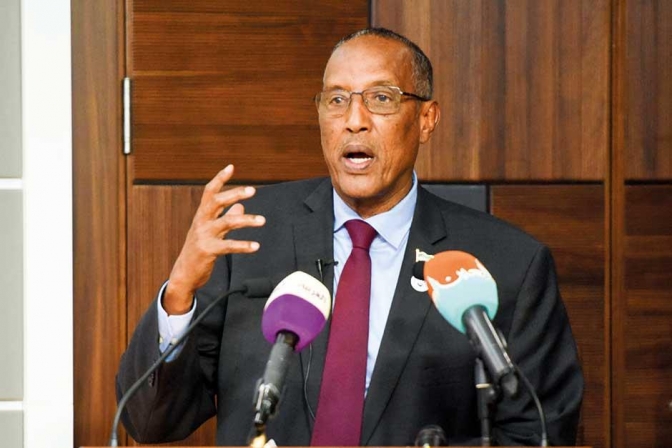 (MENAFN- SomTribune) For too long, the dispute over U.S. posture toward Somaliland has festered. The growing threat from China and uncertainty over Djibouti's future now bring the question to a head. The storied Berbera International Airport is open and ready for operation. Prior to the 1960s, it was a major

British station. In the mid-1970s, the Soviet Union built the airfield while Somali dictator Siad Barre was still a Soviet client. The mudbrick shells of Soviet barracks still line the southern perimeter of the airport adjacent to its access road. The airfield complimented the nearby port which the Soviets upgraded beginning in 1962.

As a result of both Ethiopia's 1975 revolution and the 1977-1978 Ogaden War , Ethiopia and Somalia switched Cold War patrons. Berbera's airfield became an American asset, while the Soviets took over American facilities in Ethiopia.

While policymakers lamented the loss of Ethiopia, they embraced Berbera. Between 1980 and 1991, NASA rented space at the Berbera airfield—at the time, the second-largest airstrip in Africa—to enable its use as an emergency landing strip for the space shuttle at a cost of almost half a billion dollars over the period. U.S. aircraft carriers including the USS Nimitz called at the nearby port of Berbera. Barre, now a U.S. ally, drove Somalia to ruin. After launching an unsuccessful genocide against the Isaaq clan predominating in the north, Somaliland—where Berbera is located—reasserted its independence.

The end of the Cold War condemned Somaliland to obscurity, at least from Washington's perspective. President Bill Clinton embraced a peace dividend as the threat from Russia receded and as any threat from China remained off the radar. After the Black Hawk Down episode in Mogadishu, Clinton wanted to put the Horn of Africa in his rearview mirror.