Somali leader who met Netanyahu returns to power, and some see hope of normalization Featured 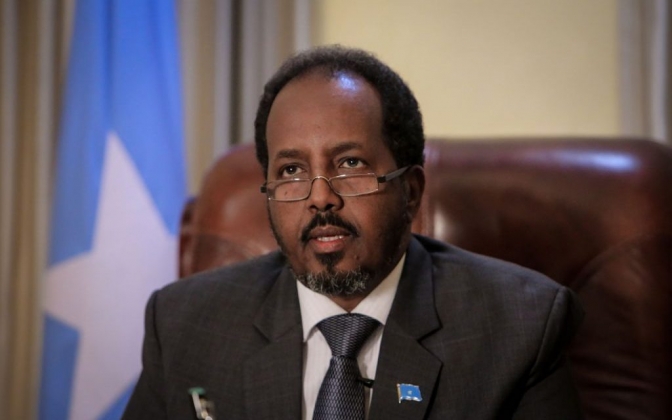 Group opposing ties with Israel is out, says diplomat after Hassan Sheikh Mohamud’s election, but Mogadishu has more pressing issues to cope with

Hassan Sheikh Mohamud was elected Sunday in an indirect vote that ran over a year late, the process mired in political infighting that turned violent at times and sowed division in the fragile central government.

A Somali diplomat close to Mohamud told The Times of Israel that his return to power was a positive development for a potential normalization process between Mogadishu and Jerusalem.

“The group that is against normalization with Israel is out,” the diplomat said. “Former president Hassan Sheikh Mohamud, who met Bibi, has been elected again. The hope of the Somali people with this new president is very good.”

Israel does not have diplomatic relations with the East African nation, which has a population of some 11 million. Somalia, a mostly Sunni Muslim country and a member of the Arab League, has never recognized the State of Israel.

n June 2016, a news website operated by journalists opposed to the Somali regime reported that Mohamud and three other Somali officials came to Tel Aviv on a short visit and met there with Netanyahu and other Israeli officials. At the time, a senior official close to Mohamud confirmed to The Times of Israel that the meeting took place, and that another meeting between the two leaders was in the works.