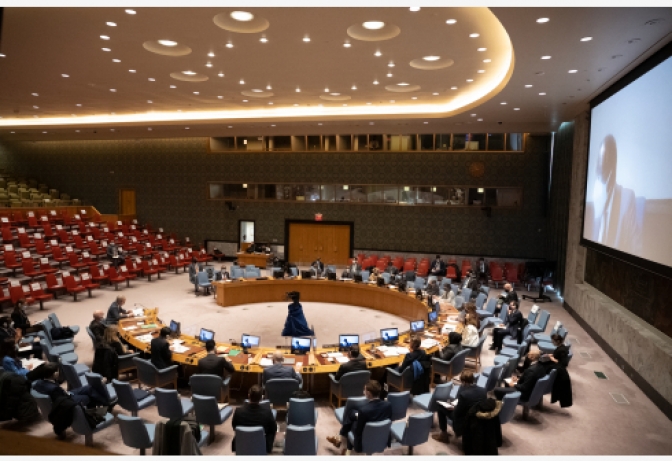 The United Nations in Somalia on Sunday called for strengthening of legal and social protection mechanisms for survivors of sexual violence in conflict, especially women and children.

James Swan, the UN Secretary-General’s Special Representative for Somalia, said it is through economic empowerment that survivors will be able to sustain themselves and their families, and eradicate the stigma associated with enduring such violence.

“The human rights of the survivors of sexual violence in conflict need to be protected, and for this to happen it is essential to reinforce the legal and social protection legislative framework in Somalia, particularly for women and children,” Swan said in a statement issued in Mogadishu, the capital of Somalia, to mark the International Day for the Elimination of Sexual Violence in Conflict.

He said the UN in Somalia’s efforts in the area of sexual violence in conflict include running specialized holistic support centers for women formerly associated with al-Shabab, where after initial counselling and psycho-social support, the women undergo a period of vocational training with the aim of enhancing their opportunities for economic self-sustenance for themselves and their families.

“I also call upon Somali authorities to ensure that tools for the support of survivors of conflict-related sexual violence include economic opportunities,” Swan said.

The theme of this year’s Day is Prevention as Protection: Enhancing structural and operational prevention of conflict-related sexual violence.

The UN General Assembly proclaimed June 19 of each year as the International Day for the Elimination of Sexual Violence in Conflict in 2015.

The observance aims to raise awareness of the need to put an end to conflict-related sexual violence, to honor the victims and survivors of sexual violence around the world and to pay tribute to all those who have courageously devoted their lives to and lost their lives in standing up for the eradication of these crimes. Enditem