Inside Somalia’s vicious cycle of deforestation for charcoal Featured 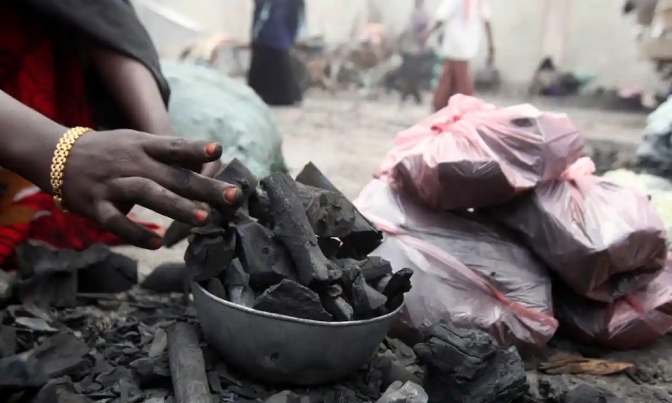 As gas prices rise Somalis are turning to the affordable energy source, driving unsustainable logging – as al-Shabaab condemns but profits from the trade

In Mogadishu, the charcoal trade is thriving on the city’s streets, prompted by the sharp rise in gas prices over the past two years. As more Somalis turn to charcoal as an affordable energy option, experts say the growing demand is fuelling unsustainable levels of production and accelerating climate change amid the country’s worst drought in four decades.

Environmentalists say the situation is acute in the Lower Shabelle region’s Wanlaweyn district, the centre of the charcoal trade, about 55 miles (90km) north-west of the capital.

“The levels of deforestation have gotten so severe that most of the trees along the banks of the Shabelle River have been cleared out,” says Abdilatif Hussein Omar, the executive director of Action for Environment, a conservation organisation that operates in the Horn of Africa.

In the south of the country, the lives of many pastoralists and farmers have been disrupted by extreme weather, so they have been looking for other ways to earn money.

Hussein says the environmental damage has caused a vicious cycle. “It rains less because people are cutting down more trees to meet the demand for charcoal, which means crops are not able to grow, which affects farmers and livestock who depend on the land for survival,” he says.