Famine Is Imminent in Somalia, Says The UN Featured 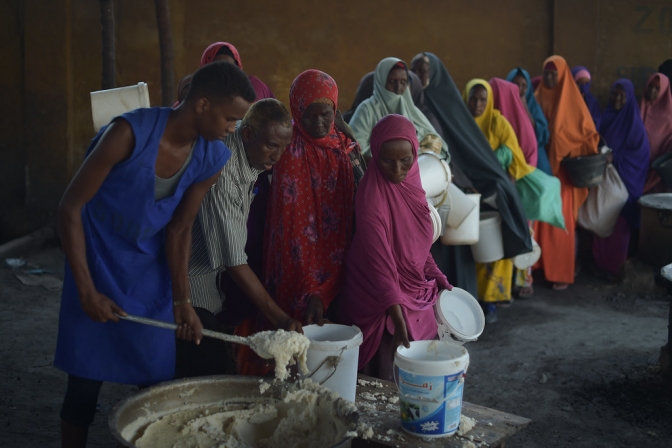 Martin Griffiths, a United Nations official, told journalists on Monday that “famine is at the door” in Somalia, following his visit to the worst affected regions in the country. Griffiths, who serves as the UN’s Under-Secretary-General for Humanitarian Affairs and Emergency Relief Coordinator, expressed he was “shocked to his core” by the immense pain and suffering witnessed during his time in Baidoa and Banadir.

In the UN’s statement regarding Griffith’s trip, they referred to Baidoa as being the “epicenter of the humanitarian crisis.” Banadir is unable to “keep up with the rush of emaciated children who seek treatment,” and children are so malnourished they are unable to smile or even cry. So far this year, over 700 children are reported to have died in Somalian nutrition centers from starvation and malnutrition, according to UNICEF. The heartbreaking circumstances described in these cities demand the immediate declaration of famine so that humanitarian aid can be properly allocated to help save these starving children and families.

One huge problem, however, is that officially declaring a famine is extremely difficult. By definition, famine is the extreme scarcity of food, linked to deaths from starvation or malnutrition. According to the Integrated Food Security Phase Classification (IPC), an area must demonstrate that 20% of households face an extreme lack of food, 30% of children suffer from acute malnutrition, and the deaths of two adults or four children for every 10, 000 are due to starvation. Obtaining statistics to verify this information is extremely difficult due to ongoing conflicts, weak infrastructure, and political issues within the region. Additionally, once IPC has classified a region as experiencing famine, it is up to government authorities and UN agencies to make the official declaration, which is rare.

By partially allowing the decision to designate a region as being famine-stricken, it allows for potential political incentives to avoid making it official. Somalia’s Minister of State for Environment and Climate Change, Adam Aw Hirsi, told reporters at Devex that “a blanket famine declaration could ‘mislead responders and donors’ as well as ‘chase away potential investors in other areas of the country,” making him weary of any possible decision to affirm their dire food shortages and instability. This concern for optics could have deadly consequences for the millions of Somalians who are desperate for any assistance.

The last famine officially declared in Somalia was in 2011 when over a quarter of a million people died, according to the UN. The death toll from that crisis was widely regarded as partially preventable, had foreign assistance been distributed sooner. Unfortunately, however, international intervention was too slow to action, resulting in exponentially worse conditions. The level of concern in Somalia today is far worse than it was in 2011, and requires significantly more assistance than what was provided 11 years ago in order to sufficiently meet the needs of the people.

After four consecutive years of failed rain seasons, and a fifth one expected to occur this year, the effects have been disastrous for the country. Dying livestock and poor harvests resulting from the drought, combined with the severely limited imports of grain because of the Russia-Ukraine War have culminated this summer to produce an unprecedented amount of instability and hunger throughout Somalia. For reference, prior to the outbreak of war in Eastern Europe, Somalia imported 90% of its wheat from Russia and Ukraine, according to the Observatory of Economic Complexity (OEC).

Volatility in the region has also increased due to attacks by al-Shabaab, a violent militant group connected to Al-Qaeda. Last week, al-Shabaab forces “killed 20 people and burned seven trucks carrying food supplies in central Somalia,” the New York Times reported. This came shortly after Abdirahman Abdishakur, a Somali politician, condemned the group on Twitter for blowing up water wells, electricity, and telecom masts. These attacks have been devastating to already-suffering Somalians, and are estimated to continue as the group remains strong despite counter-terrorist measures. With food supplies quickly depleting, these assaults on innocent Somalians are putting a strain on already dire circumstances.

The seriousness of this situation was conveyed by the IPC in their August 2022 report in which they stated that the “agro-pastoral populations in Baidoa and Burhakaba districts and displaced populations in Baidoa… are projected to face Famine (IPC Phase 5) between October and December 2022 in the absence of significant humanitarian assistance reaching people most in need.”

By failing to properly label this crisis in Somalia as the famine it is, millions of men, women, and children will continue to starve, suffer, and die in the upcoming weeks. With October less than a month away, this could not be a more urgent matter for the international community to handle. The longer UN agencies and government officials wait to declare the famine and send humanitarian aid, the more difficult it will be to manage the situation when they inevitably do intervene. Having learned from the 2011 famine in Somalia, there is no time to waste. The question is not whether or not a famine will be declared, but when. There is no sufficient reason to explain withholding aid now when it is abundantly clear to health experts and government officials that this situation is not going to improve within the next few months without immense international assistance.

Given this information, it is crucial that the responsible agencies for handling this crisis act now. It is imminent to begin the process of declaring an emergency food crisis in Somalia, properly acknowledge and refer to it publicly as a famine, and immediately begin plans for how food and other forms of assistance will be transported to the most affected regions, namely Baidoa and Banadir.

The UN and the World Food Programme (WFP) are two of the most notable organizations when handling international food crises, therefore the allocation of their resources, in particular, to this emergency would greatly help spread the message that Somalia is in need of assistance. Consequently, other actors will feel encouraged to take stronger measures to ensure Somali children and families are fed. The most important step is the first one, initiating the call to action for other countries to step in.