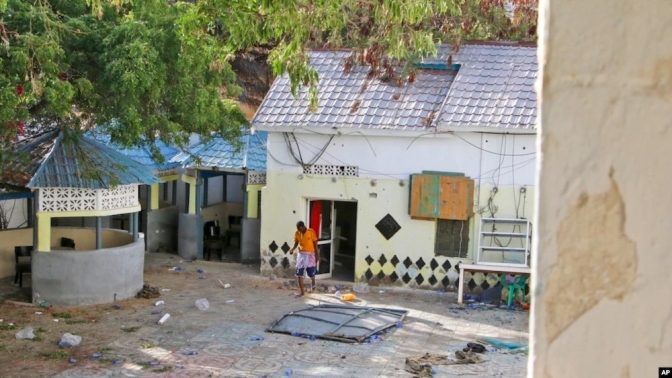 MOGADISHU, SOMALIA — The siege at the Tawakal hotel marked al-Shabab's second major attack in Somalia this month amid an offensive against the group by the Somali National Army and allied militia in central Somalia.āØ

In early October, a triple bombing in the town of Beledweyne left at least 20 people dead.āØ

Abdisalam Guled, the director of Eagle Ranges Services, a Mogadishu-based security company, told VOA that al-Shabab is staging war in every part of Somalia and sending a message to the government in Mogadishu.āØ 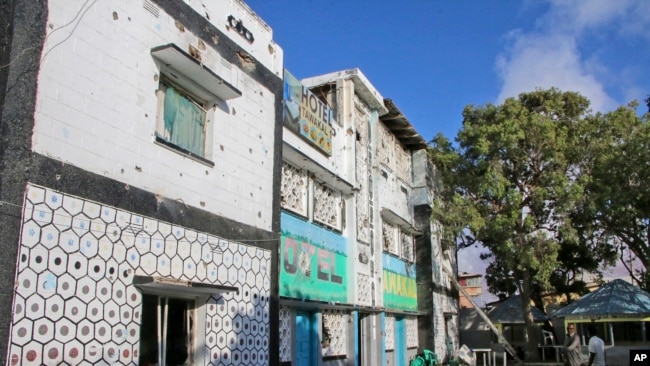 People walk next to the damaged Tawakal hotel after it was attacked Sunday by militants in the port city of Kismayo, in southern Somalia, Oct. 24, 2022..


A long battle
Al-Shabab has been fighting to topple the internationally recognized Somali government for more than 15 years.āØ

Osman said there were four terrorists; one blew himself up at the gate and three others forced their way into the hotel. All were eliminated, he said. Osman also said the majority of hostages in the hotel were rescued but there were casualties involving students from a nearby school.āØ

Osman said plans were already under way for deceased victims of the attack to be buried.āØ

Advice: Prep for a long fight
Abdiaziz Hussein Issack, a security analyst with the Hamad Bin Khalifa Civilization Center in Denmark, said the government should prepare for a drawn-out battle in Jubaland because al-Shabab has a strong presence there.āØ

The raid on Sunday was the group’s deadliest in Kismayo since 2019 when 26 people — among them Somali-Canadian journalist Hodan Naleyeh — were killed in an attack on another hotel.āØāØ
Source: VOA