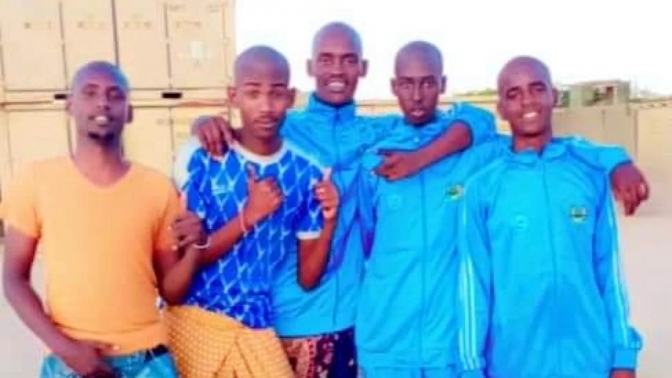 Nearly 3,000 young Somali men being trained in Somalia and Egypt as part of clandestine initiative bankrolled by the UAE

In the heart of Somalia's capital Mogadishu, a secret initiative is being carried out by the UAE and Egypt to recruit and train nearly 3,000 young Somali men, multiple sources have told Middle East Eye.

In an exercise that began months ago, the recruits, aged between 18 and 28, have been promised well-paid jobs, with many of them already sent to Egypt for military training, paid for by the UAE.

The initiative is likely to be perceived with suspicion in neighbouring Ethiopia, locked in an ongoing spat with Cairo over its Great Ethiopian Renaissance Dam Project, as well as in Turkey and Qatar, who have both enjoyed influence in Somalia in recent years.
'
Nearly 120 of us were recruited from Baidoa around mid-September, and we were informed that we would be taken to Egypt for training'
- Mohamed, Somali recruit

Among those housed at Mogadishu's Damanyo barracks is the younger brother of Mustafa Abdullahi.

Abdullahi is anxious for his younger brother, who he asked not to name, a former rickshaw driver aged 28.

Addullahi told MEE he was angry at authorities for convincing his younger brother to join up, which he believes he did in order to provide for his young daughter.

"As his elder brother who raised him, he had not notified me when he was leaving, and we are worried about him," said Abdullahi.

"We have now been told that he is suffering in a camp in Mogadishu and is expected to be taken to Egypt for military training.

"I also learnt that he was promised a salary of about $500 a month," Abdullahi, who lives in Baidoa, a city in southern Somalia, told MEE.   Unlike Mustafa's brother, another recruit named Mohamed, who asked for his real name to be withheld, was able to escape from the camp in the early hours of Saturday.

Mohamed, who was held with Mustafa's brother and who had his smartphone seized on arrival, said he could not bear the gruelling conditions at the camp, including a lack of adequate food and medical facilities.