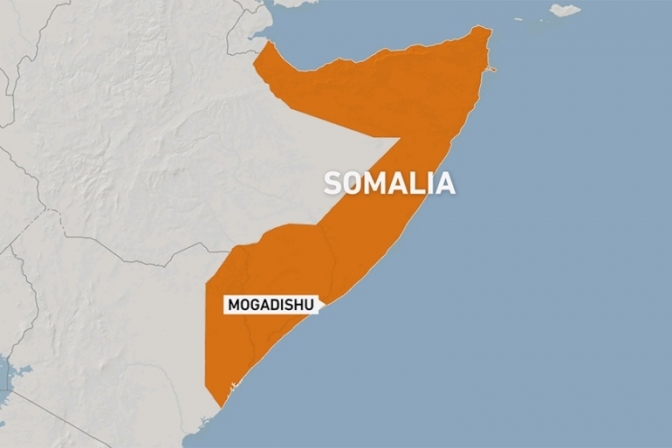 Deadly attack on Mogadishu military training camp comes a week after twin explosions in the city killed at least 116 people.

A suicide bomber has detonated his explosives near a military training camp in Somalia, killing at least five people and wounding 11 others, according to the state-run SONNA news agency.

The attack on Saturday at the camp in the Somali capital, Mogadishu, was claimed by the al-Shabab armed group and comes a week after twin explosions in the capital that left at least 116 dead.

SONNA said the attack happened at the camp’s entrance and quoted Rageh as saying that Somali troops “thwarted the bomber” from reaching his target.

“There were some casualties inflicted on both civilians and the new recruits,” he said, adding that investigations were ongoing.

Witnesses reported seeing several ambulances arrive at the scene of the attack.