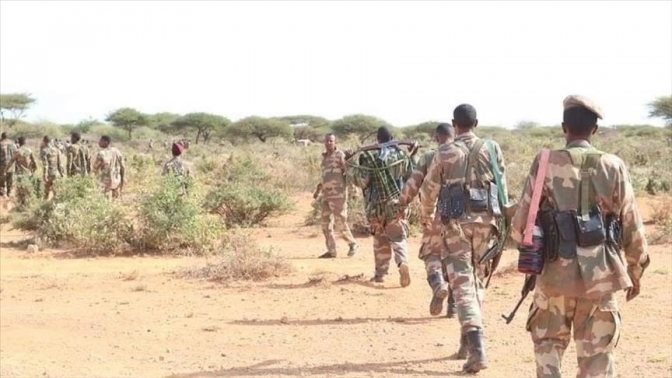 Somalia’s military has captured a strategic town in the central Galgaduud region that was controlled by the al-Shabaab terrorist group for more than 15 years.

The town of Wabho was retaken as part of an ongoing new offensive against the terrorist group, Defense Ministry spokesperson Gen. Abdullahi Ali Aanod said at a news conference on Wednesday.

The Somali army, with the support of local militias, captured some 250 square kilometers (96 square miles) of territory in Galgaduud, including the villages of Warhole, Elbore, and Elgorof, he added.

“Wabho is a strategic area that has a lot of villages and a significant population. This is a huge below for al-Shabab, particularly financially,” he told Anadolu Agency.

Somalia has been plagued by insecurity for years, with al-Shabaab being one of the main threats in the Horn of Africa country.
Since at least 2007, al-Shabaab has waged a deadly campaign against the Somali government and international forces that has claimed thousands of lives.

The UN has also warned of growing instability in the country, with its periodic reports on Somalia this year detailing attacks by al-Shabaab and pro-Daesh/ISIS groups.