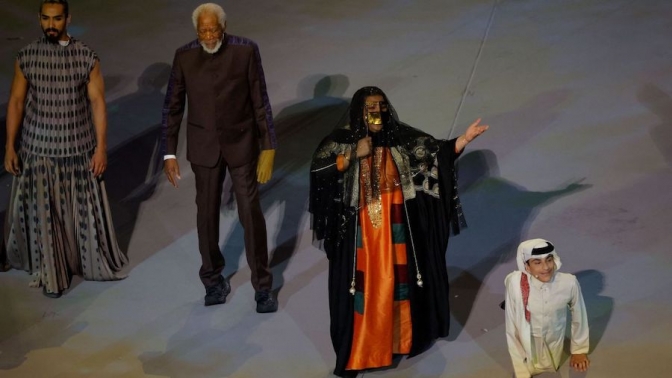 His ostensible empathy with Qatar was due to the barrage of criticism the nation has faced in Western media for hosting the tournament.

But it’s hypocritical of the West to be giving lessons in morality to others, he said.
Those statements on the eve of the World Cup went viral, inviting much anger and ridicule. But to many Arabs and Muslims, they resonated strongly.

Omar Alsaadi, a 21-year-old Qatari, told CNN that Infantino vocalized “from a Western point of view” what many of his compatriots have felt about being targets of racism.

In the run-up to the tournament, Western media coverage has been dominated by the controversies surrounding the event rather than the sport itself, including the Gulf nation’s treatment of migrant workers, its rules on LGBTQ people and its tight social restrictions. Britain’s public broadcaster, the BBC, refrained from airing the opening ceremony on television, opting instead to cover criticism of the host nation. The BBC said it did broadcast the ceremony on their video-on-demand service.
Read article...