Many dead as protesters clash with security forces in Somaliland Featured 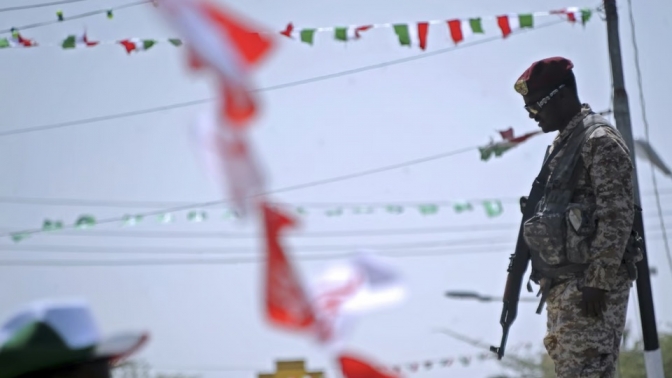 Protesters in Lasanod, the administrative capital of Sool, have been demanding the expulsion of Somaliland security forces and for the town to be handed over to Puntland authorities.

At least 20 people, most of them civilians, have been killed and around another 30 wounded in clashes between protesters and security forces in Somaliland, hospital sources said.

The casualties have taken place in Lasanod, the administrative capital of Sool in Somalia’s breakaway region, which has been wracked by unrest for over a week.

The town is disputed between Somaliland and the semiautonomous state of Puntland, with the neighbours having fought several times over the territory.

Protesters have been on the streets of Lasanod to demand the expulsion of Somaliland security forces and for the town to be handed over to Puntland authorities.

They also blame Somaliland forces for growing insecurity in the town, which has recently seen a spate of political assassinations.

Hospital workers in Lasanod confirmed the casualty count to Anadolu Agency, requesting anonymity due to fear of reprisals.

Ahmed Hassan, a Lasanod resident who left for Somaliland’s capital Hargaisa, said women and students were among those killed in the violence.

“I was there two days ago. It was a peaceful protest but the security forces decided to stop it by force,” he told Anadolu Agency.

“They fired live bullets. That has only further angered the protesters, who want Somaliland forces out of Lasanod.”

Hassan said more and more people are fleeing the town for safety.

According to Yasmin Omar Mohamoud, chairperson of Human Rights Center Somaliland, internet service has been blocked in Lasanod.
She said the watchdog has also received reports of 53 arrests.

“Somaliland forces should refrain from using deadly weapons against civilians. Armed conflict will not help de-escalate the tension we have witnessed in Lasanod,” she told Anadolu Agency.

Somalia’s international partners have also voiced concern over the unrest, calling for “calm and restraint.”

“Preventing violence and ensuring the protection of civilians is paramount,” read a joint statement issued on Sunday.

“Tensions must be resolved through de-escalation and dialogue,” it added.