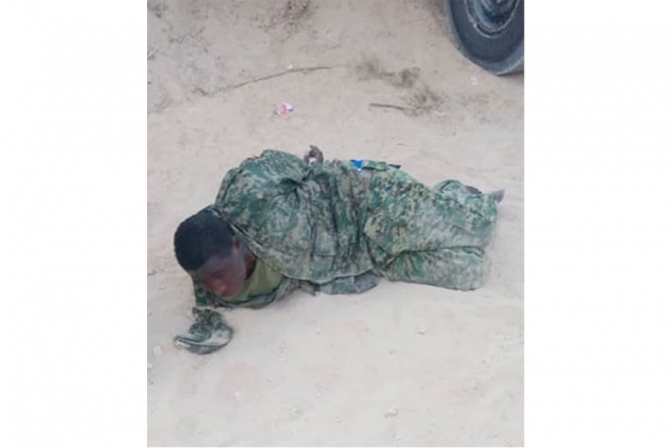 According to the spokesperson of the UPDF contingent in Somalia, Capt. George William Musinguzi, the incident happened at around 6 am when Agaba who was attached to the 23rd battalion and deployed to guard Aden Adde International Airport, out of nowhere, shot a colleague dead and whoever tried to intervene was shot down.

The first victim was shot in the chest whereas the second one who tried to peep to observe what had happened was shot three times in the head while the third soldier was shot in the back as he tried to run away.

“After the three shootings, the entire camp was now alert and a brave officer tip-toed and disarmed the shooter who didn’t resist,” said Musinguzi in a statement.

Reports say after being subdued, the suspect requested his fellow soldiers to finish him off after realizing he was now guilty of what he had earlier done. The colleagues however only arrested him and handed over to authorities for management.

“Investigations have commenced to establish the true cause of his actions but we suspect the soldier has been struggling with stress disorders. We commiserate with the families of the deceased,” said Musinguzi.

The last similar incident happened in 2019 when a Ugandan soldier (UPDF captain) killed himself after shooting a colleague dead in Somalia.

Ugandan troops have been deployed in Somalia under the African Union Mission in Somalia (AMISOM) since 2007 to fight the jihadist organisation of al Shabaab.