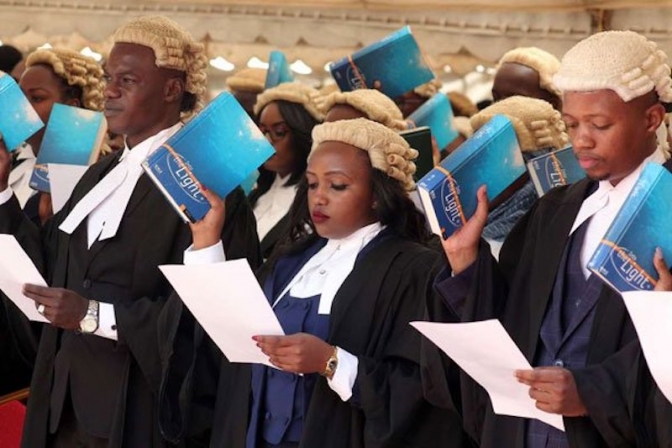 The High Court of Kenya has granted reprieve to three South Sudanese law students who had been locked out of sitting the bar exam in order to be admitted as advocates in Kenya.

Three Causes of Famine in Africa

A food security crisis is considered a famine when, according to the United Nations, “20 percent of households face extreme food shortages with a limited ability to cope; acute malnutrition rates exceed 30 percent; and the death rate exceeds two persons per day per 10,000 persons.”

THE PEOPLE VS THE SCHOOL SYSTEM How do YOU think we can create a better future of learning. Go here and share your thoughts on the topic

Somalia has suffered devastating civil war that continued over the last 25 years. The war completely destroyed national institutions, and undermined the social foundations of Somali society. The younger generation has grown up in a miserable, disillusioning environment, lacking a sense of safety and trust in the community.A war mentality and violent culture has become part of youngsters’ everyday life. Because of their tendencies to violence together with their sense of hopelessness, young people can easily be recruited by warlords and the extremist Islamists. As members of the Somali diaspora with training in peace building our desire was to give back to our homeland through higher education students. We hoped that teaching our participants universal peace values, human rights, non-violent conflict resolution, effective communication and conflict transformation skills will help them transform themselves positively and develop culture of peace, harmony, and coexistence.The peace education training will also help university students restore of sense of hope, confidence, community spirit and social solidarity in the midst of civilwar. Read article... Scroll down !!!

Face to Face Communication More Powerful Than Phone, Email, Social Networks I have been saying for a while that as a society we are losing touch with each other because we do not communicate face to face. Many have joked that we have to teach our kids how to have a conversation. Well now there’s proof that face-to-face communication is good for your mental health. In a slight knock on digital and telephone communications, a new study points to the unsurpassed mental health benefits of regular face-to-face social interactions among older adults. Study participants who regularly met in person with family and friends were less likely to report symptoms of depression, compared with participants who emailed or spoke on the phone. The gains people derived from face-to-face socializing endured even years later. The findings were published in the Journal of the American Geriatrics Society. “Research has long supported the idea that strong social bonds strengthen people’s mental health. But this is the first look at the role that the type of communication with loved ones and friends plays in safeguarding people from depression. We found that all forms of socialization aren’t equal. Phone calls and digital communication, with friends or family members, do not have the same power as face-to-face social interactions in helping to stave off depression,” says Alan Teo, M.D., M.S., lead author, assistant professor of psychiatry at Oregon Health & Science University, and researcher at the VA Portland Health Care System. Teo and colleagues assessed more than 11,000 adults aged 50 and older in the United States who participated in the longitudinal Health and Retirement Study at the University of Michigan. Researchers examined the frequency of in-person, telephone and written social contact, including email. Then they looked at the risk of depression symptoms two years later, adjusting for potential confounding factors including health status, how close people lived from family and preexisting depression. The researchers found that having little face-to-face social contact nearly doubles your risk of having depression two years later. They also reported that having more or fewer phone conversations, or written or email contact, had no effect on depression. Study participants who met up with family and friends at least three times a week had the lowest level of depressive symptoms two years later – 6.5 percent – than those who had less frequent contact. Individuals who met up just once every few months or less frequently had an 11.5 percent chance of depressive symptoms. The study also detected significant differences between the types of individuals – family member versus friend – that participants should socialize with in order to have the most impact on their depression levels. The researchers found that among adults aged 50 to 69, frequent in-person contact with friends reduced subsequent depression. In contrast, adults 70 and older benefited from in-person contact with children and other family members. Source: theagingexperience

The Black Stone of Mecca

Unseeded Italian Roberta Vinci has spectacularly ended Serena Williams' quest for an elusive calendar-year grand slam with a semi-final boilover at the US Open in New York.Ranked 43rd in the world and contesting her first grand slam semi-final, Vinci stunned the top-ranked and top-seeded three-time defending champion 2-6 6-3 6-4 to set up an improbable all-Italian title match with Flavia Pennetta. Read article

Against the backdrop of London's gritty, urban landscape watch some of the world's top football freestylers perform amazing tricks. (From the UK) (Short) G 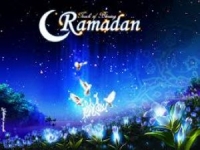 Ramadan is the ninth month of the Islamic calendar. It is a time of fasting for the Islamic people. Each day during this month, Muslims all over the world abstain from eating, drinking, smoking, as well as participating in anything that is ill-natured or excessive; from dawn until the sun sets. Fasting is intended to educate the Muslim in spirituality, humility and patience. It is a time to cleanse the soul, focus attention on God, and put into practice selflessness. Ramadan is a time for Muslims to fast for the sake of God and to put forward more prayer than is customary.

The fatty, salty, creamy, savory taste and texture of nuts make them a popular snack, accompaniment with beer and ingredient in a host of dishes. But given their high calorie and fat contents, many people still shy away from eating nuts regularly. Now, a new report published in the American Journal of Clinical Nutrition found that adults who incorporate nuts into their diets don't have to limit their consumption. A review of 31 studies about eating nuts found that people who added nuts to their diets and who replaced other foods with nuts lost more weight (an average 1.4 pounds more) and reduced their waist sizes by more than half an inch. 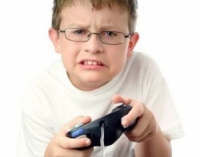 Egypt, Sudan say no progress in talks over Ethiopia’s dam

Somalia's leaders attempt another round of discussions on elections