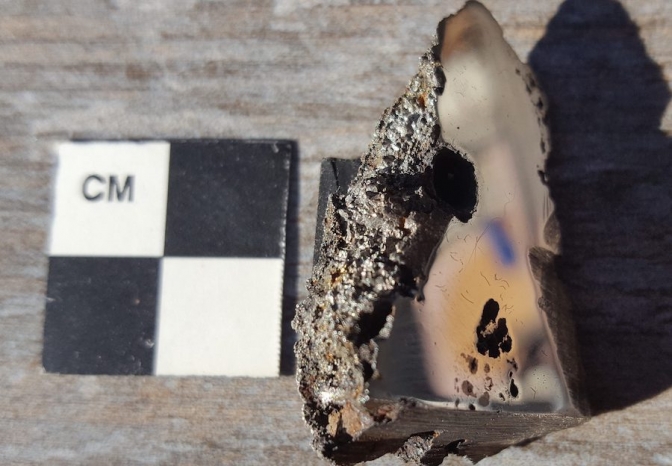 U of A experts play key role in identifying and naming two substances never before seen on Earth.

A team of researchers has discovered at least two new minerals that have never before been seen on Earth in a 15 tonne meteorite found in Somalia — the ninth largest meteorite ever found. 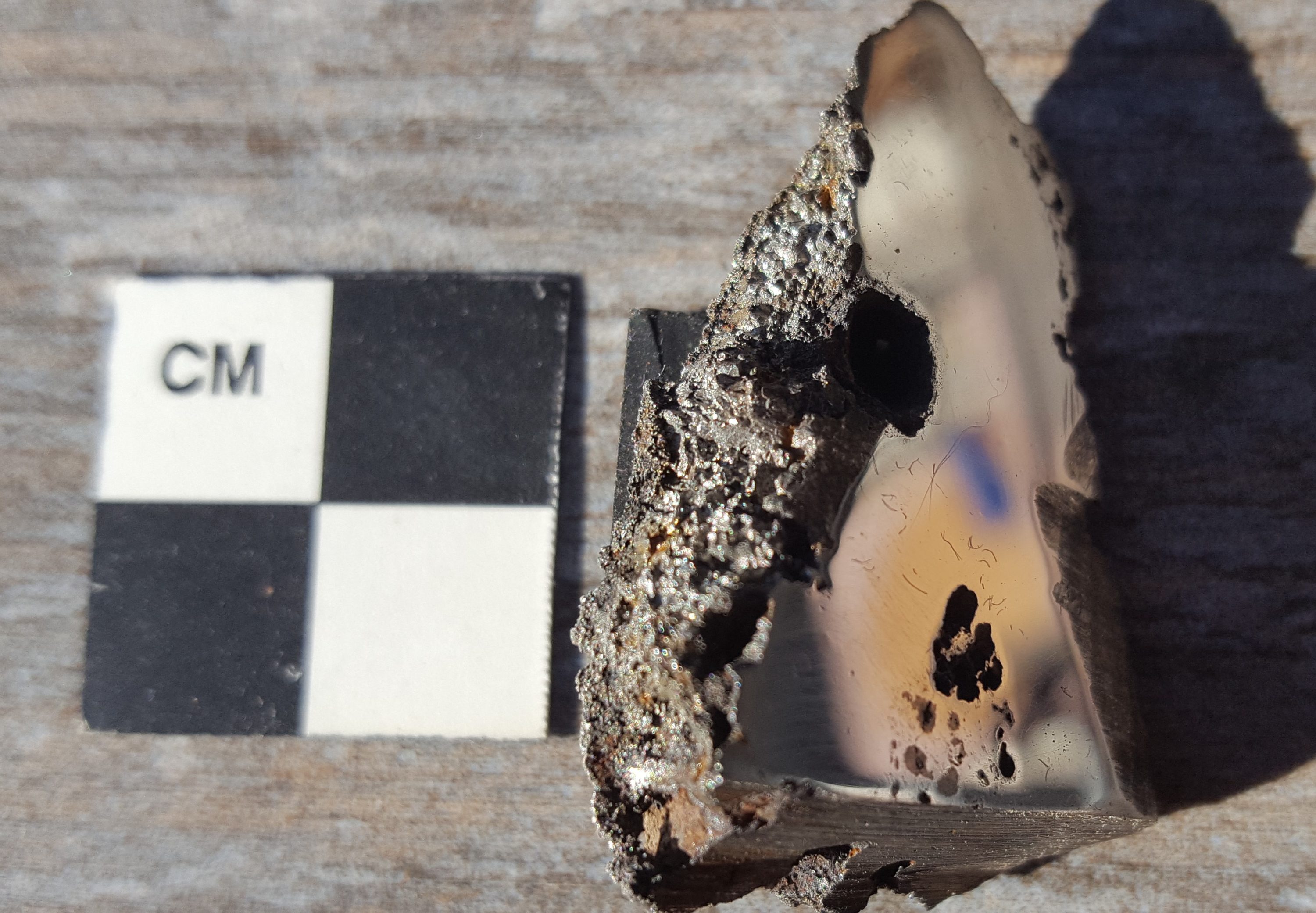 A slice of the El Ali meteorite, now housed in the U of A's Meteorite Collection, contains two minerals never before seen on Earth. (Photo: Supplied)

“Whenever you find a new mineral, it means that the actual geological conditions, the chemistry of the rock, was different than what’s been found before,” says Chris Herd, a professor in the Department of Earth & Atmospheric Sciences and curator of the University of Alberta’s Meteorite Collection. “That’s what makes this exciting: In this particular meteorite you have two officially described minerals that are new to science.”

The two minerals found came from a single 70 gram slice that was sent to the U of A for classification, and there already appears to be a potential third mineral under consideration. If researchers were to obtain more samples from the massive meteorite, there’s a chance that even more might be found, Herd notes.

The two newly discovered minerals have been named elaliite and elkinstantonite. The first receives its name from the meteorite itself, dubbed the “El Ali” meteorite because it was found in near the town of El Ali, in the Hiiraan region of Somalia. Herd named the second mineral after Lindy Elkins-Tanton, vice president of the ASU Interplanetary Initiative, professor at Arizona State University’s School of Earth and Space Exploration and principal investigator of NASA’s upcoming Psyche mission.

“Lindy has done a lot of work on how the cores of planets form, how these iron nickel cores form, and the closest analogue we have are iron meteorites. So it made sense to name a mineral after her and recognize her contributions to science,” Herd explains.

In collaboration with researchers at UCLA and the California Institute of Technology, Herd classified the El Ali meteorite as an “Iron, IAB complex” meteorite, one of over 350 in that particular category.

As Herd was analyzing the meteorite to classify it, he saw something that caught his attention. He brought in the expertise of Andrew Locock, head of the U of A’s Electron Microprobe Laboratory, who has been involved in other new mineral descriptions including Heamanite-(Ce).

“The very first day he did some analyses, he said, ‘You’ve got at least two new minerals in there,’” says Herd. “That was phenomenal. Most of the time it takes a lot more work than that to say there’s a new mineral.”

Locock’s rapid identification was possible because the two minerals had been synthetically created before, so he was able to match the composition of the newly discovered natural minerals with their human-made counterparts.

Researchers are continuing to examine the minerals to determine what they can tell us about the conditions in the meteorite when it formed.

“That’s my expertise — how you tease out the geologic processes and the geologic history of the asteroid this rock was once part of,” says Herd. “I never thought I’d be involved in describing brand new minerals just by virtue of working on a meteorite.”

“Whenever there’s a new material that’s known, material scientists are interested too because of the potential uses in a wide range of things in society.”

While the future of the meteorite remains uncertain, Herd says the researchers have received news that it appears to have been moved to China in search of a potential buyer. It remains to be seen whether additional samples will be available for scientific purposes.

Herd described the findings at the Space Exploration Symposium on Nov. 21.